Breaking free of traditional views of masculinity and away from the partriachal orders, Andreas Constantinou takes to the stage to explore his male gender that is authentic and unafraid of being. From baby to beast and father to mother Constantinou blurs the lines between male and female roles in an effort to be freed from the restraints of a heteronormative male gender.

On stage a bizarre reality unfolds as themes of nature Vs nuture, patriachy as panopticon and embodied masculinity come to light in this weird and wonderful solo performance.

ReDoing Gender is a continuation of The MANhouse which was originally a duet between Andreas Constantinou and Magnus Errboe. The MANhouse premiered at Bora Bora, Aarhus in February 2014. The piece was based on the theme of masculinity and witnessed a collaboration between Andreas (a homosexual male) and Magnus (a heterosexual male) tackling the question of “what is it to be a man today?”. 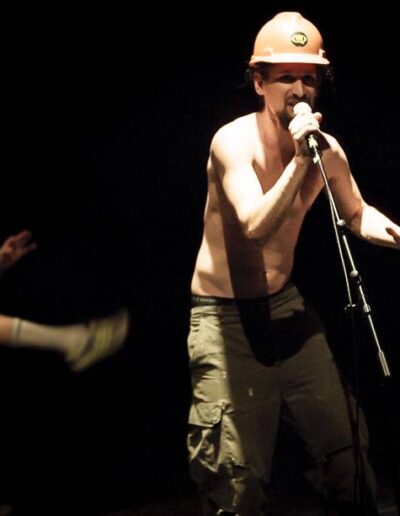 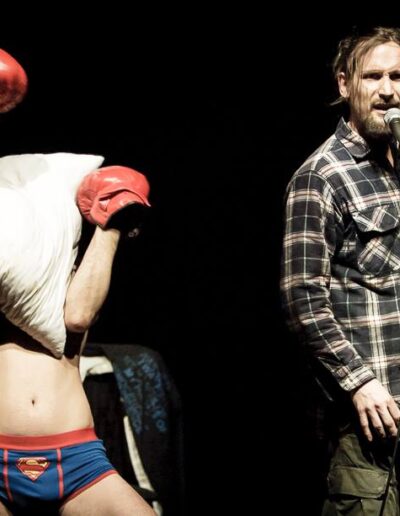